PT in Motion News Now now alerted me that AB783 has been re-scheduled for hearing on Monday June 27th. This bill will be heard in the California Senate Standing Committee on Business, Professions, and Economic Development.

The drama surrounding AB783 has taken some interesting turns over the past few weeks. 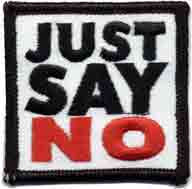 Luckily, NBC LA continues to provide top notch coverage and analysis of the issues in their THIRD article entitled Caution: State Laws Hazardous to Your Health. In the comments section Johnny Chen makes a great point:

There is a reason why doctors are not allowed to own pharmacy clinics/establishments. It’s called conflict of interest. The same should apply to physical therapy clinics. Hayashi should be ashamed of herself — why would she support a bill that takes the power out of the consumer’s hand and costs taxpayers/health care system.

Unfortunately, there is a very, very easy cure to this legislation and ongoing POPTS battle:

The ‘continuity of care’ argument is dead. It is hard for me to get a hold of a physician when I page them in a hospital, or call them from the private physical therapy practice I practice within. They are busy. We are busy.

The issues surround physician employment, and ownership, of physical therapists are fairly simple: conflict of interest and referral for profit. What makes legislators, payors, and the public believe this will improve communication, care, and patient outcomes?

Dear Assemblywoman Hayashi: Physical Therapists, data, logic, ethics, and human behavior all say NO! This is a bad idea!

But, physicians support it and say it is best, so it must be true…right?